So I have been a lifelong Lotus Enthusiast, owning around 15 Lotus’s since I was 21, loving every single one but I have always felt Lotus should be up there with Porsche, Ferrari and McLaren but they have always been cash strapped and did an amazing job over the last 25 years keeping going off the success of the Elise, Exige and Evora but things changed a few years ago when they were bought by Geely, one of the biggest names in the car world and the huge task of re-structuring began and last Tuesday arguably a new chapter in the Lotus story began with the unveiling of the spectacular Emira Sports car to gasps of excitement from the car world, which bearing in mind most things have been seen that is saying something, Like many Lotus enthusiasts I had been patiently waiting to see what the future of Lotus would look like under Geely but there really was nothing to worry about as they totally nailed it on all levels, there really is a buzz about this car which I personally couldn’t be happier to see.

So most of the Lotus’s I have owned have been pretty hardcore and every one a convertible and I had a feeling that the new Emira would be an update on the Evora so a more useable hardtop sports car so I was pretty confident that I wouldn’t want one and I promised my wife, wendy that we wouldn’t be ordering one, so I sat down for the YouTube launch last Tuesday confident that this was one car I had of intention of buying then the covers came off and I could feel my heart rate increase, it was so beautiful, so many interesting details, you could just tell no corners had been cut, this was Lotus entering the big league, but how much would it cost? for me looking at it I thought it would be £100k+ which would have been a shame as for me Lotus is about making Sports Cars that are attainable, but it was announced at under £60,000, I know not exactly cheap but when you look at it’s competition, well I don’t actually think it has any as at this price it has created its own category, an affordable supercar almost, a few days on I still don’t know how they can do it for the money, if I had just bought a new Porsche or McLaren I think I’d feel like I’d been ripped off a little.

So you can see where this is going, yes the next day I put my deposit down, I know, I am so weak, but my logic is that it is actually a Lotus I can use, yes I am being sensible, we can actually drive it to LeMans, drive it to the track for race weekends, just use it which is not something I have ever really done with my Lotus’s in the past, a comfortable, useable Lotus sports car, who would have thought it, I don’t if it is because I am getting older but I am so looking forward to taking delivery and getting some miles on it.

When is that likely to be? Well so it turns out that I am not the only person to be excited by the new Emira, I actually know 6 people who ordered them last week and after speaking to Lotus at the Goodwood Festival of Speed on Sunday they actually took 0ver 1000 deposits at the show which isn’t including dealer orders so it is looking that realistically I’ll be looking late 2022 if I am lucky, but that is fine, no rush, I am just so happy to see Lotus on the up, I would be so happy to see this car everywhere as it means Lotus’s future is looking extremely bright and that is something I have never really known if I am honest as they have always been the underdog going from one struggle to another but they have always deserved to do better than that and it looks like their true potential is about to be fulfilled, a certain Colin Chapman must be smiling from ear to ear from above.

This is the last Lotus Combustion engines car ever and there are 2 engine options at launch, the Toyota V6 or the 2 Litre turbo from AMG Mercedes which has the dual clutch auto box which is what I am going for as I don’t want this to be a hardcore sports car but more of a luxury sports car so the AMG engine with flappy paddles on the wheel really appeals, thinking yellow with black roof, silver wheels and exhaust but the interior really is the sticking point, I am leaning towards red but not sure that is the best match with yellow, any thoughts? Although have to say the blue of the show car is gorgeous, I can see why one customer ordered 2 at Goodwood as he couldn’t decide and apparently someone else ordered the Emira and an £2 million Lotus Evija, alright for some but great business of Lotus.

So below are a few pictures of the stunning Emira from the Goodwood Festival of Speed and if you are thinking of taking a look at the Emira yourself please feel free to get in touch and I can pass on the details of my favourite Lotus dealer at Lotus Silverstone who have always looked after me so well on my previous Lotus acquisitions, it is certainly going to be a long few months waiting for delivery but certainly will be worth the wait – 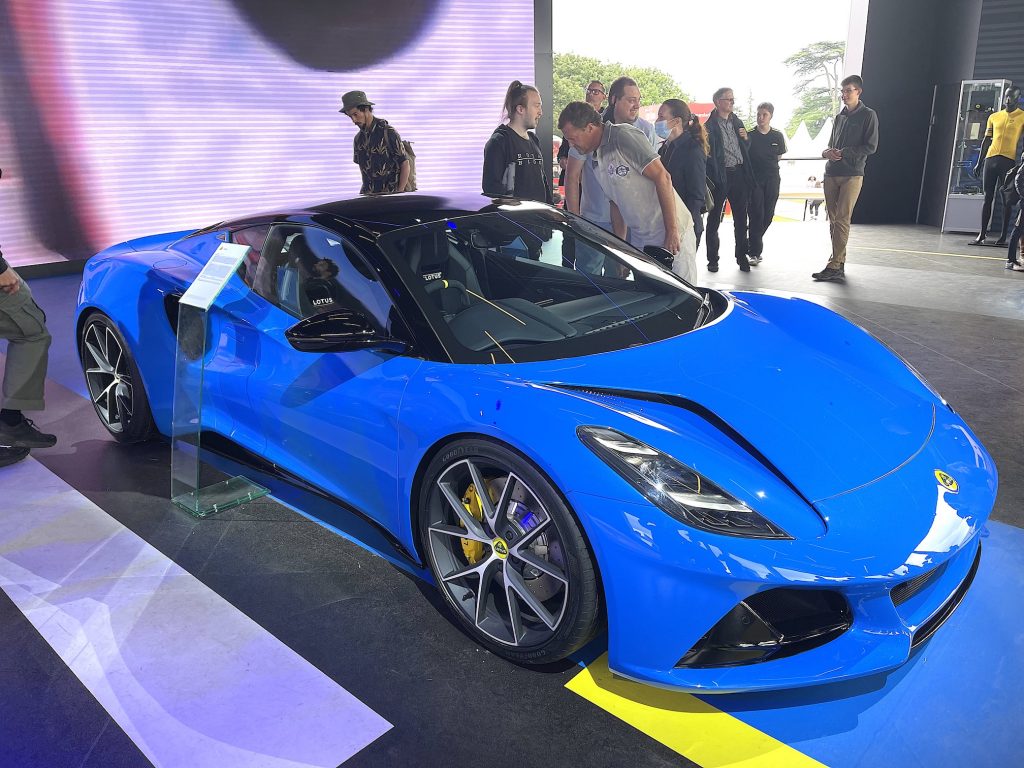 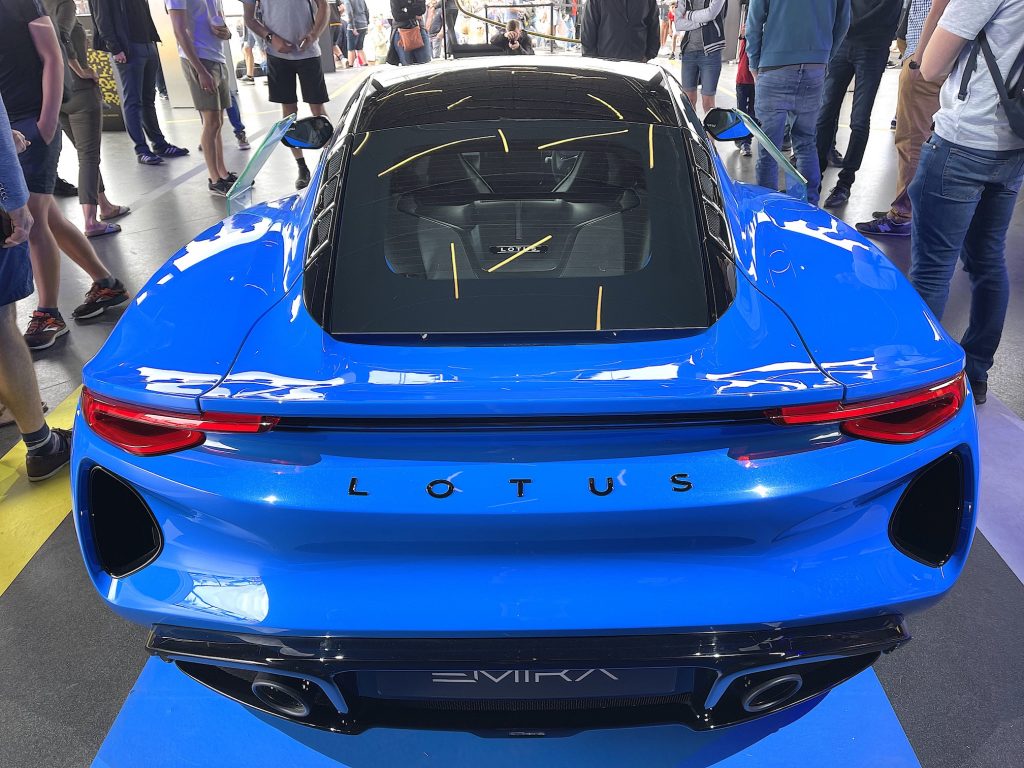 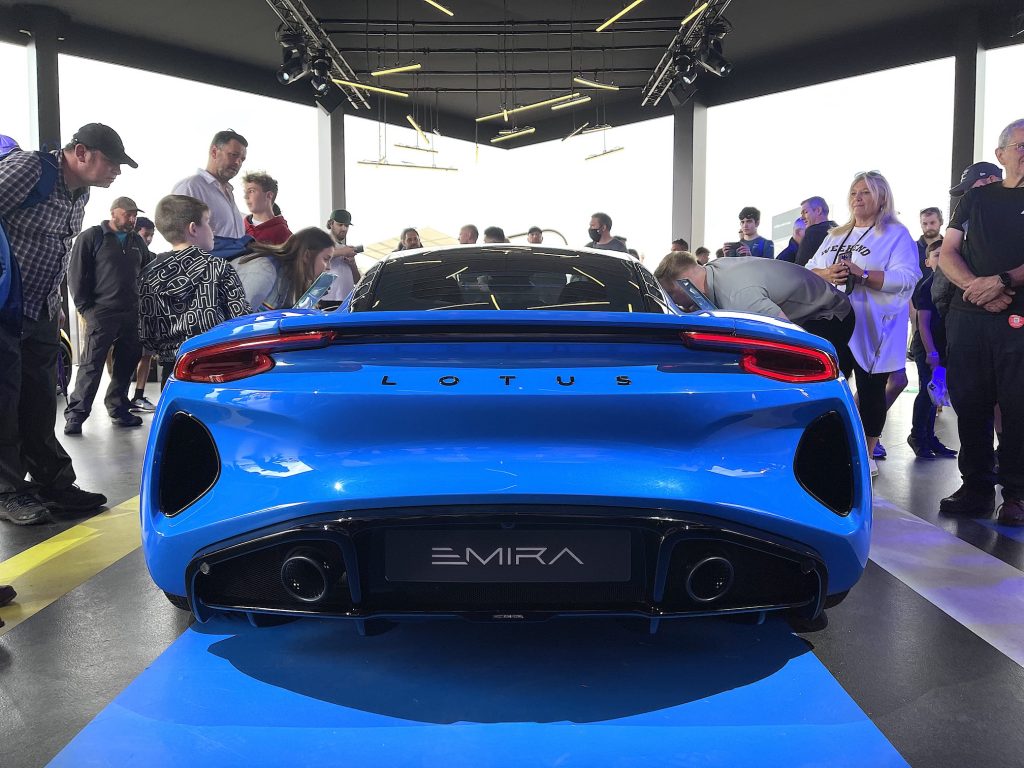 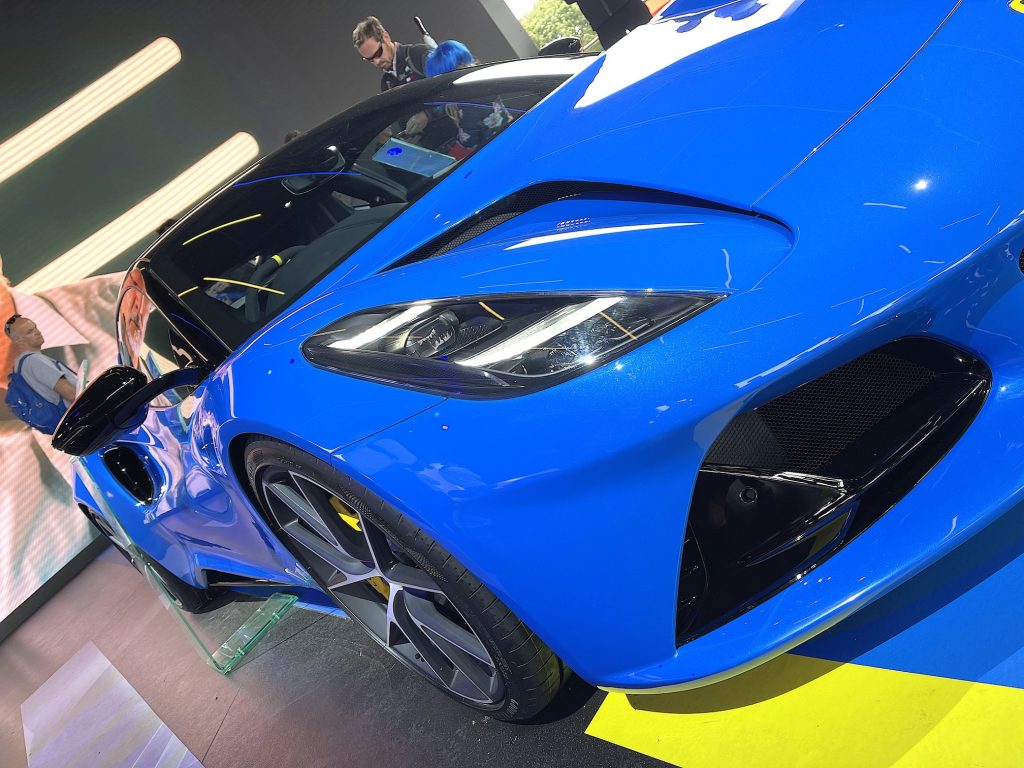 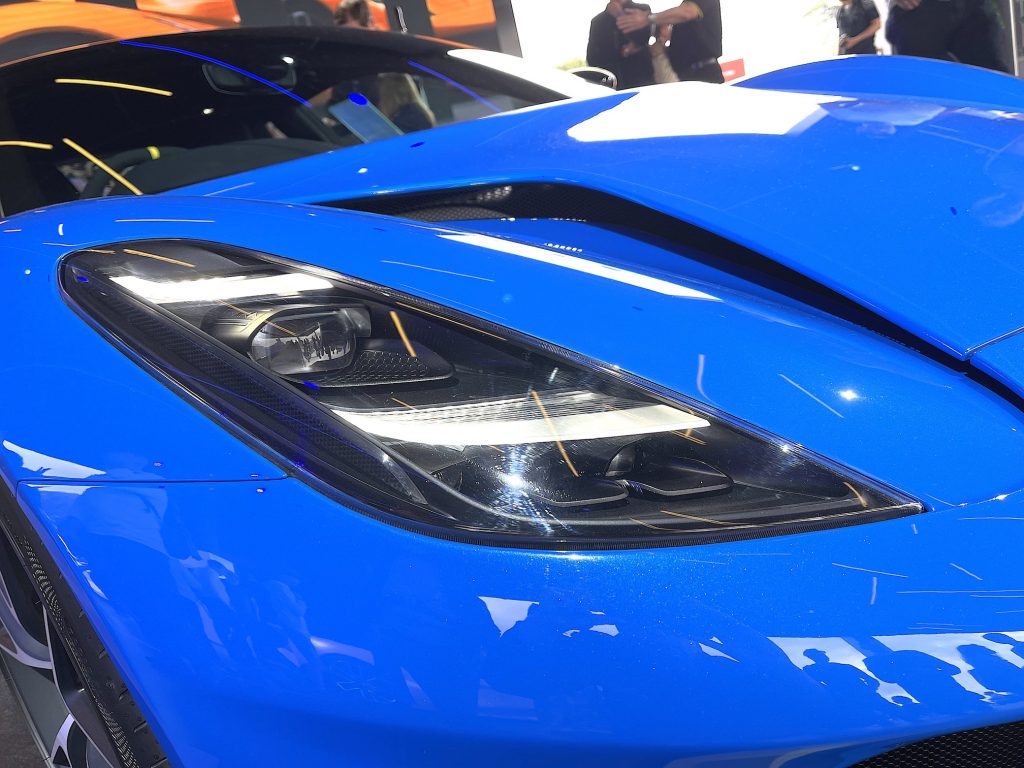 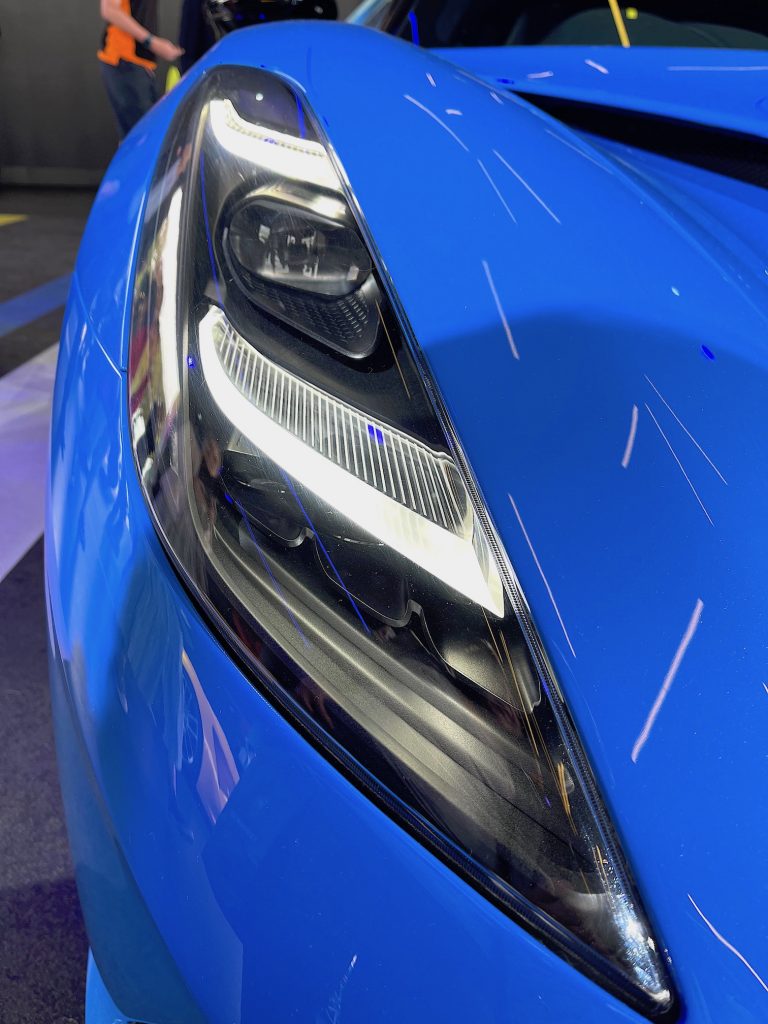 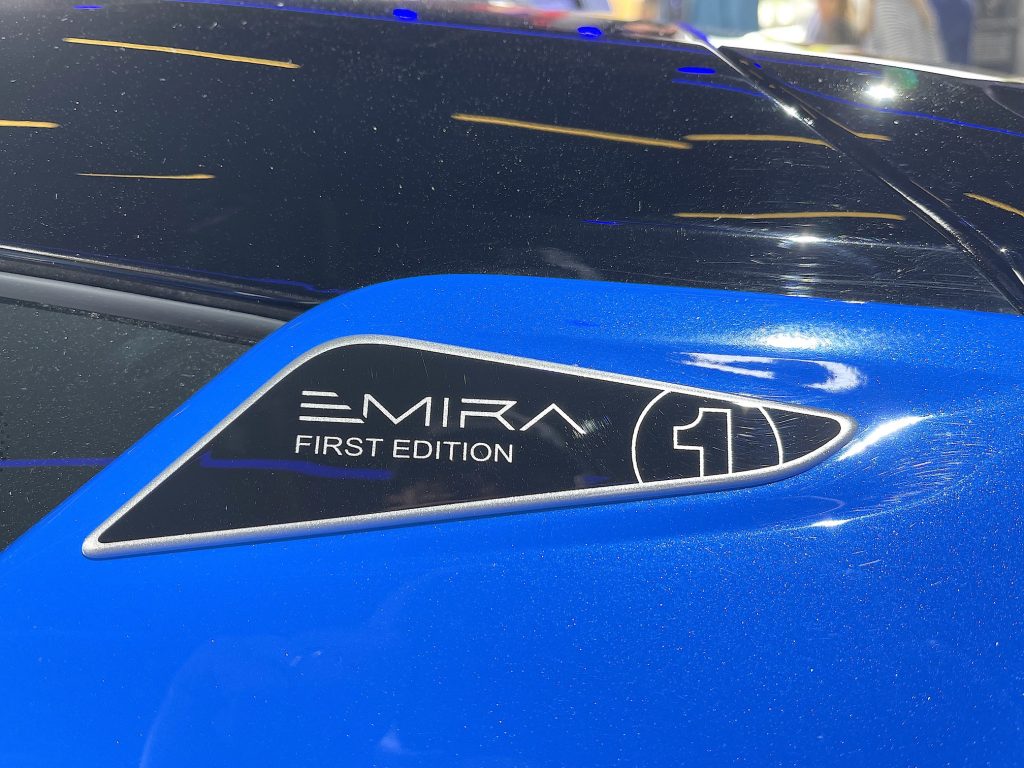 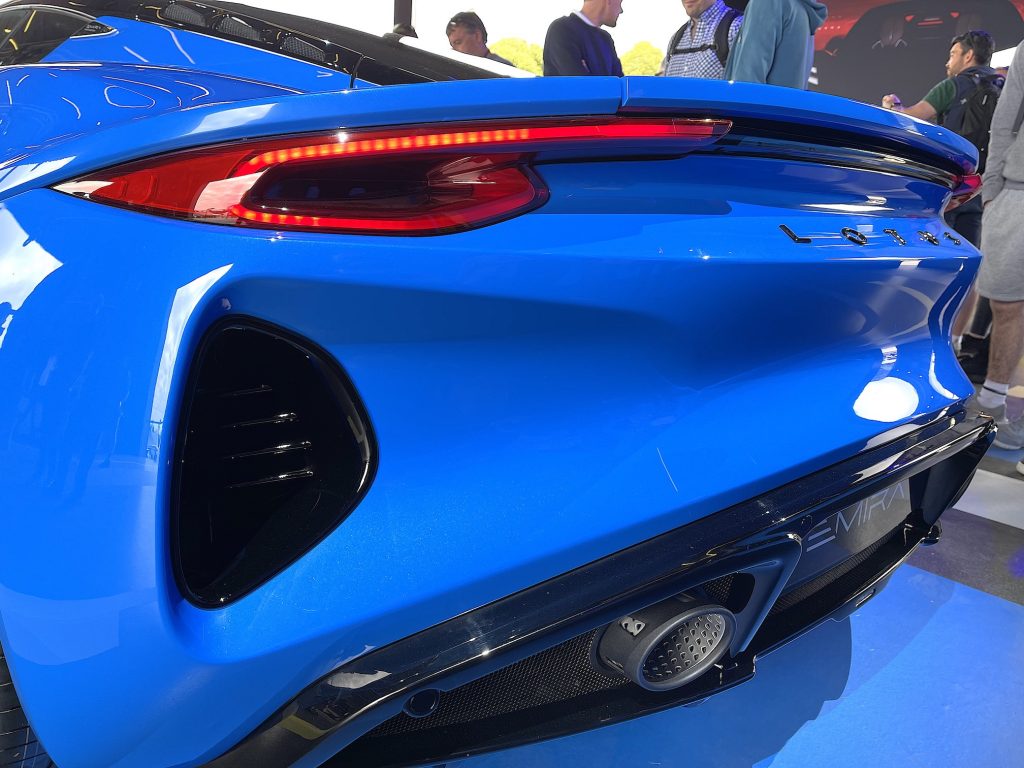 My Possible Specification Below

The incredible £2 Million Evija below, the styling of Emira gets pretty close for £60k, in my mind it is a mini Evija. 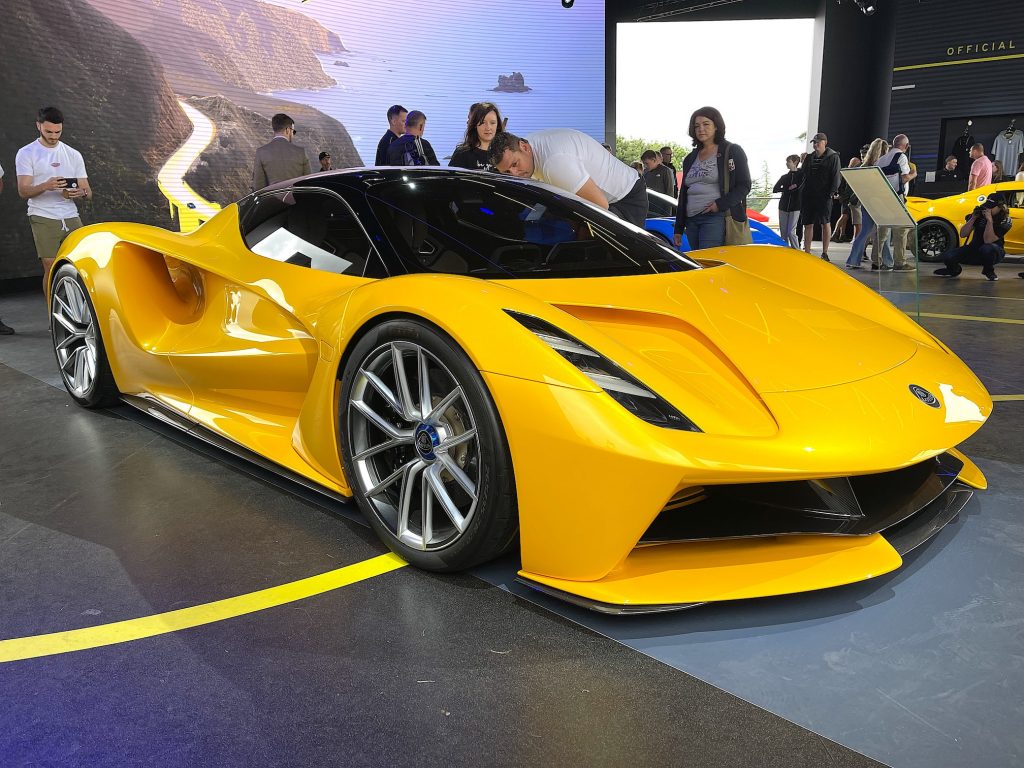 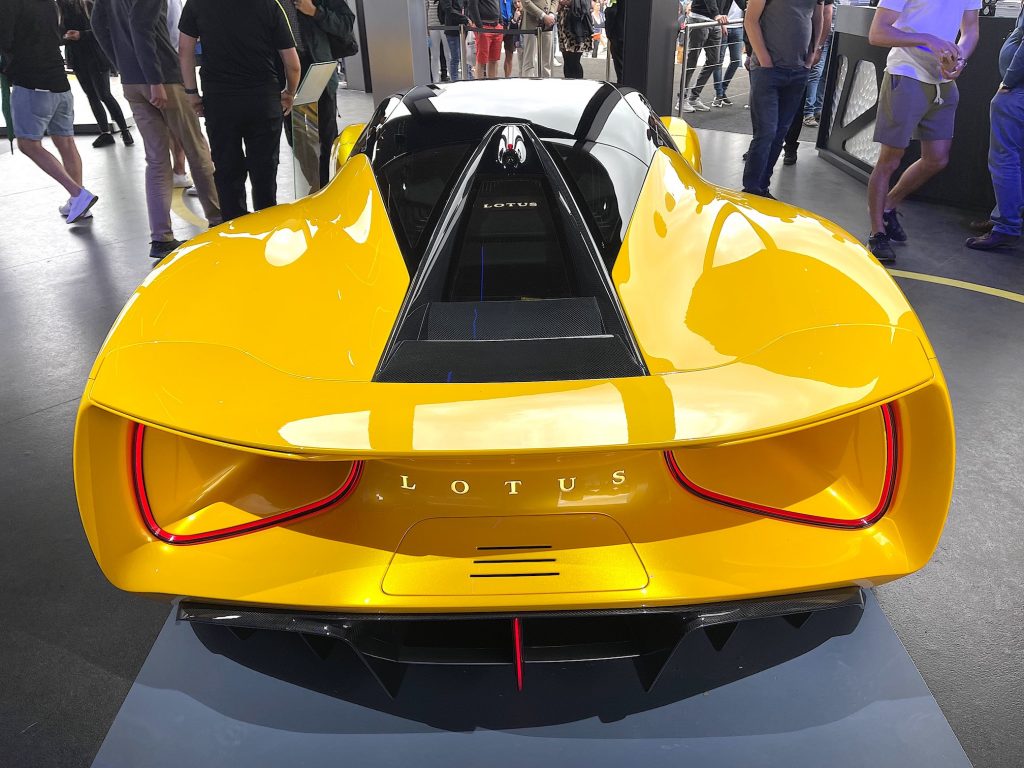 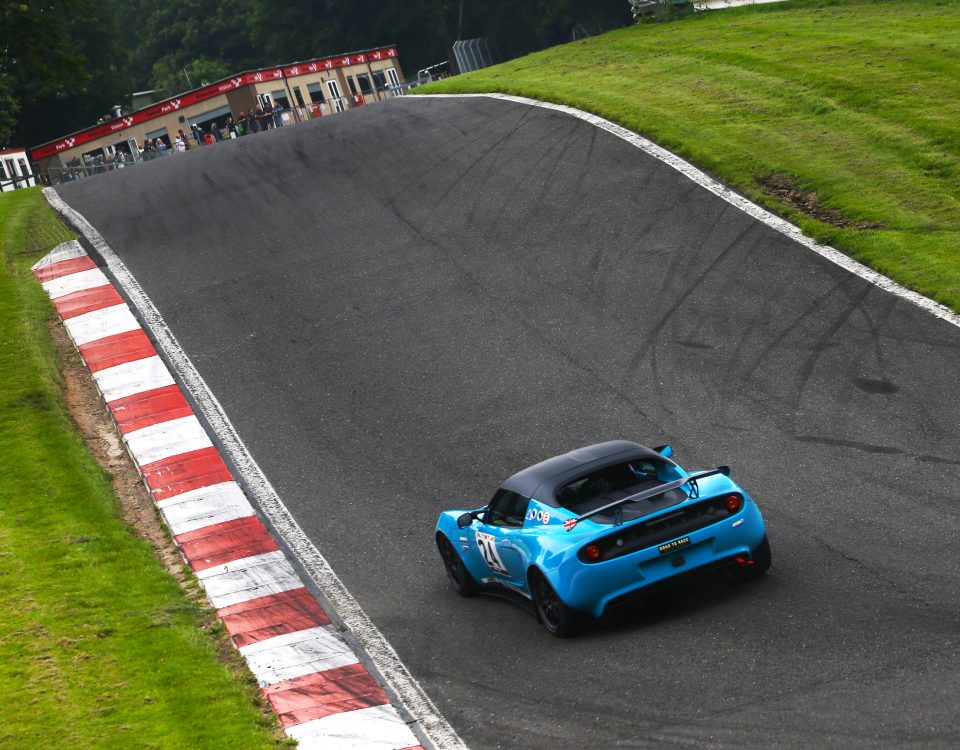 Photobook From Round 4, Cadwell Park, The Prettiest Track in the UK! 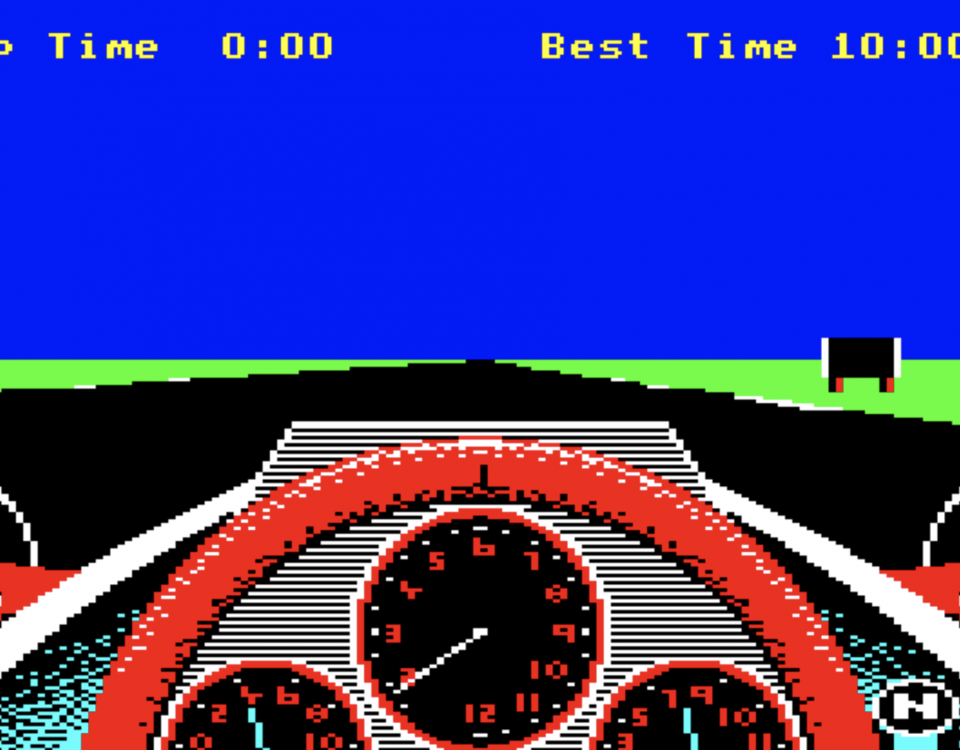 Geoff Crammond’s REVS, This Is Where It All Started For Me, Back In 1984! 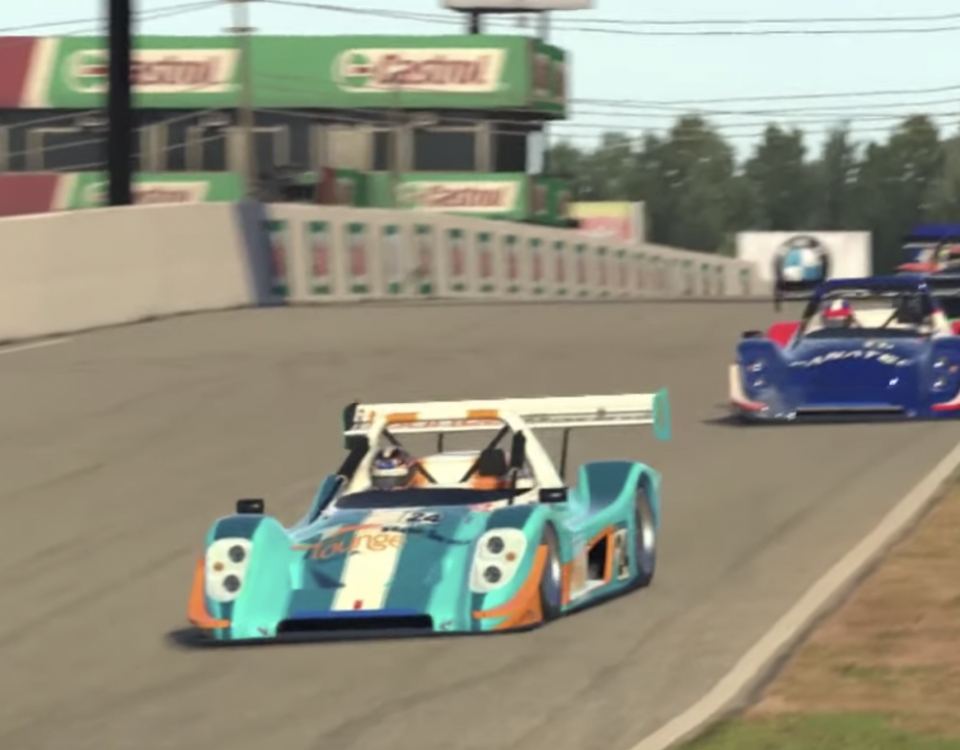 So, So Close To A Podium Finish!